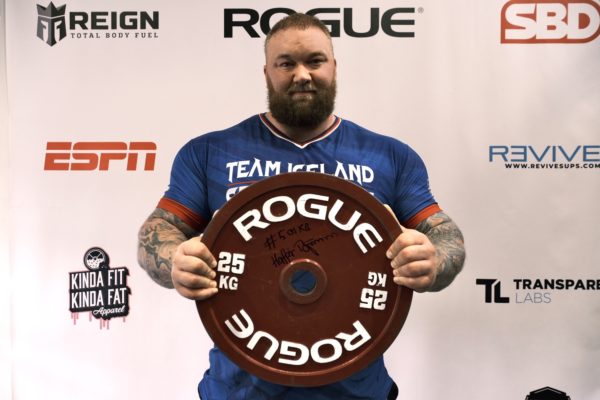 This contest has ended, and the winners were announced on Instagram: @thorbjornsson .
If you were not contacted, unfortunately you did not win. Know that your contribution will go to a worthy charity, which we will announce shortly, after the winners choose them.

Own a piece of history, in the form of one of the actual 25kg plates on the bar for Hafþór Björnsson’s world-record 501kg deadlift. Only two such plates will be released, and both have been signed by Thor himself. Even better, the winner will be allowed to choose the beneficiary charity.

Because there are two plates on offer, each raffle ticket you buy entitles you to one chance over half the total number of tickets sold. For example, if you buy ten tickets, and one-hundred tickets are sold in total, you would have a twenty-percent chance of receiving a signed plate.